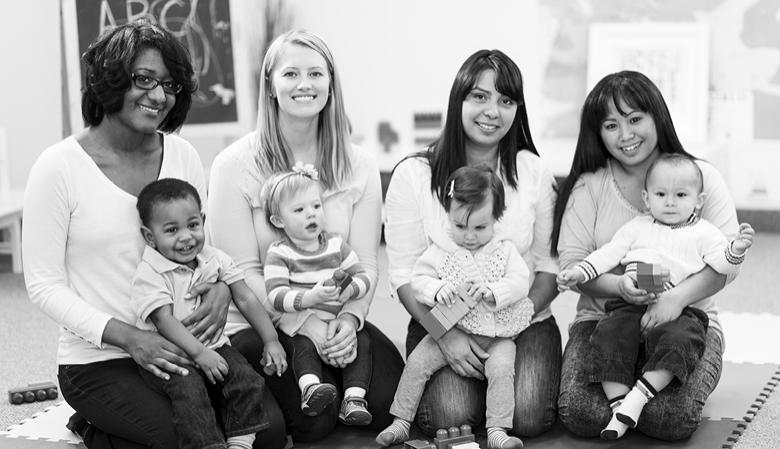 Becoming a mum in her teens, Hayley faced some immense challenges including not having a strong support network. Her parents were always busy with her much younger siblings. By her early 20s Hayley had two children and relied even more on her partner as well as her best friend for support. When her partner had an affair with her best friend, Hayley’s world shattered. Grieving deeply from the betrayal and the loss of both relationships, she also lost her main support network. Without financial assistance from her partner, she found herself struggling financially.

In the turmoil, Hayley’s depression became worse and she struggled to take care of her children. She was told about Wesley Brighter Futures and that’s where she met case worker, Marian. Hayley was reeling from the breakdown of her relationship and Marian referred her to a Counsellor for grief and loss counselling. On home visits, Marian helped Hayley find more effective ways to discipline and guide her children. Hayley also completed Three Choices in-home parenting program offered by the Wesley Brighter Futures team and has been using the parenting technique from the program. This in turn made home life a bit easier and reduced Hayley’s stress levels.

Marian referred Hayley to the Young Parents Network run by Mission Australia for people under 25 with children. There Hayley made friends with other people in her situation and formed a support network she could trust. Hayley also joined the Start Safely Program run by Housing NSW. The program helps people who are struggling financially to enter the private rental market and remain there. The initial apartment Hayley and the kids were living in was in disrepair and her real estate agent wasn’t assisting in having the problems fixed. Marian helped Hayley find a better place for her and the kids.

Hayley now finds that life is more stable and she feels like she has the capacity to move forward with her life. She has started a new relationship which has helped her and the kids feel more like a family. The stability has helped the children feel more settled and their behaviour has improved as a result.

Hayley has begun to study for a teaching degree. While study is on hold at the moment, as her life stabilises further, it is a dream she will return to.