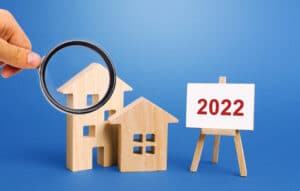 The muted measures announced by the Treasurer in last night’s Budget reflect the dual goals of stimulating a COVID-suppressed national economy without adding to inflationary pressures.

So, how will the 2022-23 Budget affect the people that Wesley Mission supports?

Supporting Australians most in need

Wesley Mission supports more than 35,000 Australians each year who are in crisis and need immediate help. Some of their urgent needs include housing to address homelessness and emergency relief to pay for groceries and essential bills. Many are on very low incomes or are receiving income support payments.

Wesley Mission CEO, Rev Stu Cameron, says, “Cuts to the fuel excise will benefit people travelling to work and appointments, but with increasing rents the greatest concern for the people we serve, the reality might be more people living in their cars.”

As reported by ACOSS and UNSW, people in regional areas have been hardest hit, with an 18% increase in rents in the last two years.

“The measures announced in the budget tinker around the edges but fail to seriously address the issue of housing affordability.

“Schemes that simply target home ownership continue to push up house prices and in turn, rents, increasing the likelihood of more people being pushed into rental stress or homelessness.

“The one-off payment of $250 is welcome and will reach many people who are struggling, but it will do little to offer long-term relief or stability. The $1.5 billion this payment will cost would be better invested in social housing to complement the $2 billion committed to community housing via the National Housing Finance and Investment Corporation.”

Investing in early intervention and prevention

Wesley Mission welcomes the additional $547 million announced in this budget directed towards mental health reform and critical suicide prevention initiatives, following on from the record $2.3 billion investment in the 2021 Budget.

Rev Stu Cameron highlights the $52.3 million directed towards Lifeline, “which began with Rev Sir Alan Walker and a team of dedicated volunteers in 1963, a remarkable chapter from Wesley Mission’s history that continues today.”

“The Prime Minister has said that suicide prevention is a priority for him, and implementing recommendations of the National Suicide Prevention Adviser, the Productivity Commission and the new National Mental Health and Suicide Prevention Agreement demonstrate the Government’s commitment.

“However, Wesley Mission calls for continued investment at record levels into upstream, community-led actions such as Wesley LifeForce Networks, which have proven to reduce the rate of suicide in a community by seven per cent on average, and up to 17 per cent within nine months of being established.

“The causes of suicide can relate to psychological, biological as well as social and environmental vulnerabilities. At a time when people in our communities are experiencing the long-term effects of the pandemic and facing natural disasters like floods – this is the moment to increase investment into the capacity of communities to prevent suicide deaths and strengthen the protective factors that reduce distress in the long-term.

“Bold leadership to save lives would see the introduction of a Suicide Prevention Act to ensure a whole-of-government approach to achieving better outcomes.

“Along with investing in evidence-based programs, we want to see the Government set a national target to reduce suicide deaths. Of course, we’ll never be satisfied until we reach zero deaths by suicide, but a target will focus our energies to meet and then beat our initial goal. Put simply, what gets measured gets done,” Rev Stu Cameron emphasised.

Other measures announced that will positively affect the people Wesley Mission helps: