The essential role that the Christian community has in providing compassionate care to vulnerable and voiceless people will be the focus of the third Gordon Moyes Memorial Lecture at the Wesley Centre in Sydney on 18 November.

Former Federal MP and NSW Minister, the Hon. Bruce Baird AM will deliver his anticipated address to members of the not-for-profit sector and the wider community to celebrate the legacy of the Rev Dr Gordon Moyes AC, one of Australia’s most respected Christian leaders. 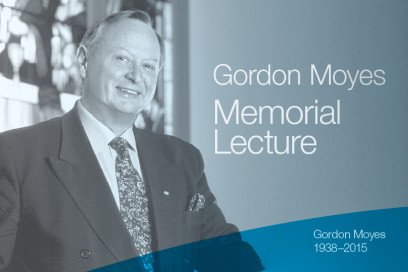 Mr Baird, who has had a long and distinguished political career was Federal Member representing the Sydney seat of Cook from 1998-2007 and chair of multiple House Committees.

He took a leadership role in the Parliamentary Christian Fellowships in both State and Federal Parliaments and has since been involved as a Board member of several different organisations, demonstrating a strong interest in the issue of asylum seekers.

“Gordon Moyes exercised a remarkable 27 years of leadership at Wesley Mission. During this time, new innovations and partnerships were formed to help those most in need,” Wesley Mission CEO and Superintendent the Rev Keith V Garner AM said.

“Bruce Baird is a natural choice to be the next lecturer in this series having himself used his political voice to address major social issues.”

The event is open to the public and admission is free.