Why is Wesley Edward Eagar Centre named after a solicitor turned forger?

Something happened to Edward Eagar in Cork Goal as he waited for his execution. Tried before Justice Robert Day, a man who knew him personally, Eagar was found guilty of forgery in 1809.

One of ten children born into a family of landed gentry in Killarney, Ireland, Eagar grew up in privilege before becoming a solicitor with his own practice shortly after graduating.

So, how to account for his crime? According to author Mike Pinnock, we don’t know.

“The facts relating to the charge can now never be known because the official court archives and convict records for the period that were held in the Four Courts in Dublin were destroyed during the Civil War in 1922[1].”

But during the 18 months Eagar spent in jail waiting for death, the prison chaplain, a Reverend Boyle Davies, along with a Methodist preacher led Eagar to Christ.

And with his conversion came a plead for clemency.

“Possibly as a result of family influence or his spectacular death-cell conversion his sentence was commuted to transportation for life,” writes author N.D. McLachlan in the Australian Dictionary of Biography[2].

Eagar arrived in the colony of New South Wales in 1811 aboard the aptly named convict ship Providence, whose trip recorded only nine deaths on its 162-day voyage[3] 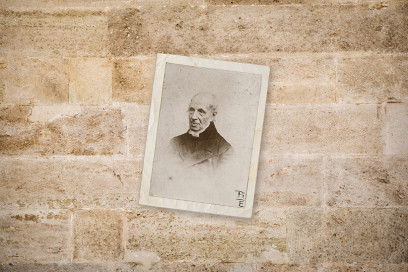 From there Eagar was dispatched to work at an Anglican minister’s home in Windsor, where he organised bible classes in the district before taking charge of the local school.

A year later Eagar, along with Thomas Bowden and John Hosking, formed the inaugural membership of the first Methodist church in Australia, now known as Wesley Mission.

Indeed, Wesley Edward Eagar Centre sprouted from the seeds planted in those crucial years. As upgrades continue to the iconic crisis accommodation site today, we reflect on the growth of an imperfect man whose transformation, like so many after him, echoes in the hallways of the heritage building. 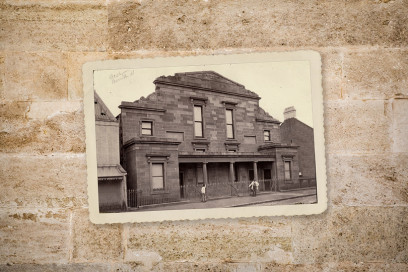 As Wesley Homeless Services Manager, Rob Seaton puts it, “If someone can walk in, whether first time or long-term homeless and not think, ‘what has my life come to?’, but to have their eyes lifted, to feel welcome and be inspired to believe for something more, then we’ve done our job.”

What happened to Edward Eagar?

He received a full pardon in 1818, but by then a series of commercial setbacks galvanised the now merchant trader to take up the emancipist cause.

In 1821, he travelled to London with Dr William Redfern, after whom the Sydney suburb is named, to argue for convict civil rights, such as trial by jury, freedom to own land and the ability to trade commercially. He was ultimately successful, but it took 20 years to achieve policy change.

Eagar never returned to New South Wales, and while his efforts proved his significance to the cause, difficulties did beset him in his new home including an arrest for debt in 1828.

Like many of us, the life of an imperfect young solicitor turned forger can show us a few things: that dignity can be found no matter the circumstances, that transformations are waiting to happen, and that there is no place so desolate you cannot find help.

To learn more about the upgrade to Wesley Edward Eagar Centre or to contribute to the project, visit dev-www.wesleymission.org.au/weec2020.

[1] Pinnock M, ‘Walk East Until I Die: A Trek through Irish History and Beyond’, Taberno Publishing, 2018.

[3] Pinnock M, ‘Walk East Until I Die: A Trek through Irish History and Beyond’, Taberno Publishing, 2018.