Summer 2019: Pathway out of homelessness

Read the latest issue of Wesley Impact! news to learn more about the people we have helped and how their lives have changed. 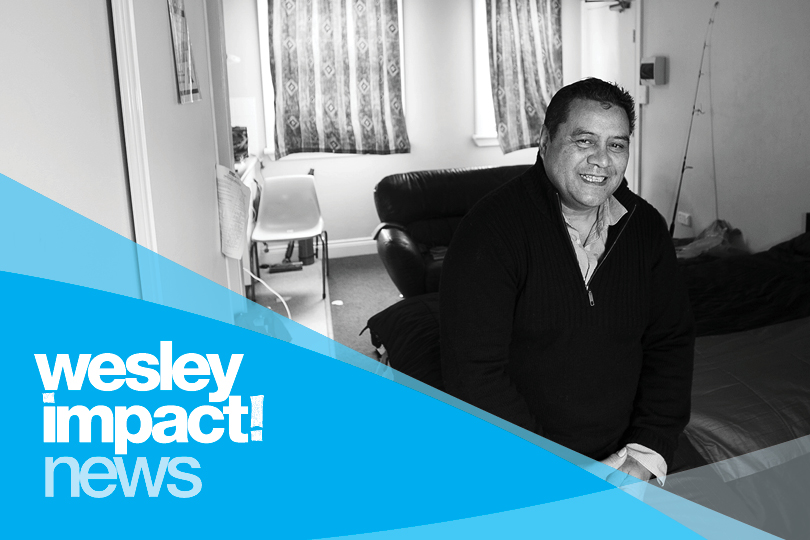 In his early fifties, David was homeless and thought his life was over.

“My main reason for being homeless was debt,” David said. “I had a $5,000 loan I couldn’t repay. I was getting less work and hours because I was an older security guard. The younger guys came into the scene and took all the workload.”

An old friend paid for his accommodation in a hotel but when that ran its six- week course, he meandered down to the Bondi Pavilion with swag in hand.

After two years sleeping rough, workers from Wesley Mission’s Edward Eagar Lodge arrived in the depth of winter to play their part in David’s restoration.

“The Wesley team offered us transitional housing,” David said. “I didn’t know what they were talking about. On the coldest day of the year, I declared I was ready.

“I grabbed my sleeping bag and swag and my fishing line and rod and ended up at Wesley Edward Eagar Lodge. The room I had was warm… it was heaven!”

David received health and medical support, participated in Pathways training and got a part-time job. “It was my ticket out from the hole I had dug myself into,” he said.

He lived at Wesley Edward Eagar Lodge for about a year before securing a unit in the city’s inner west with Wesley Community Housing. It’s here where he has been learning living and budgeting skills which are preparing him for independent living.

David is looking forward to become a community worker or nurse and maybe even a husband and dad.