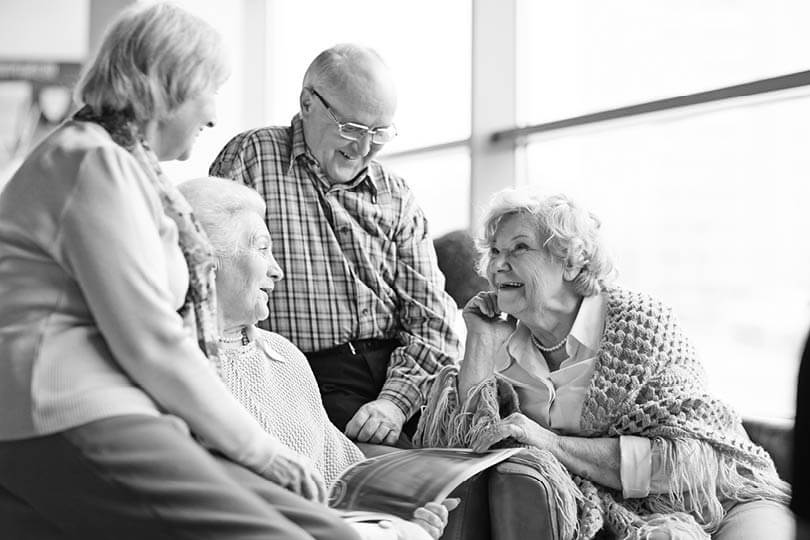 Before Alan Pickering came to Wesley Seniors Social Hub Tuggerah, he admits he shrunk away from human contact.

“I didn’t want to talk to anyone. I just wanted to be by myself because I was frightened of people.”

This fear was like an inferiority complex that smothered Alan’s natural abilities to connect with people and maintain friendships. His daughter Christine recalls that this fear had affected Alan most of his adult life. “

When we were growing up Dad had mental illness, agoraphobia and depression, and he never did anything with us,” she said.

Today, however, Alan is a different man. The catalyst, he says with gusto, is “Wesley Seniors Social Hub—it’s the best thing I’ve ever done in my life”.

Christine encouraged Alan to go along when he moved into the area. On his first nerve-racking visit Alan met Joan, a regular at the centre whose openness, humour and genuine interest in him made him feel he could return.

Now he goes to the Wesley Seniors Social Hub five days a week, and he is the life of the party. He shares jokes with many of the other regulars, and gets a good amount of ribbing in return. And even more than this, Alan now leads activities at the centre and looks out for any clients needing friendship and care.

This is what we’re all about—forging connections and allowing people to be the best they can be, and getting them connected with the community and with other people,” says Regional Manager of Wesley Seniors Living, Deborah Williams