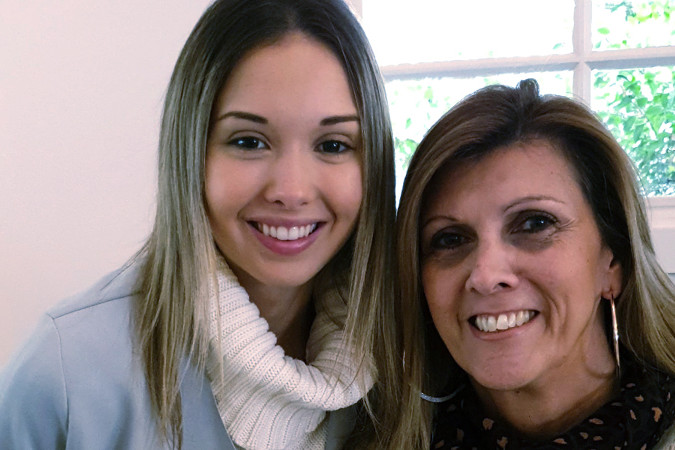 When Chloe was young, she dreamed her surname would be the same as her foster parents.

Placed in the care of her now adopted parents at six months old, even as a young girl, sharing a name was significant to Chloe’s identity within her family.

“Looking back on it now, it was important for me to have the same name, to always feel like I was safe, and that I would remain with mum and dad,” Chloe says.

“I was very passionate that was my family, that’s who I knew and who raised me. That was mum and dad and my brother.”

So, when Chloe began kindergarten her dream became a reality. While out of the ordinary, the NSW Department of Communities and Justice approved the surname change.

And when Chloe turned eight, Chloe’s dream came full circle. She was adopted by her foster parents.

“That feeling, I can’t exactly remember it right now, but it was extremely special just to have that confidence that it’s official,” Chloe shares.

Up until now Chloe had been supported by Wesley Dalmar out-of-home care. While Chloe’s official journey with Wesley Dalmar ended when she was adopted, it never really stopped. Chloe kept her relationship with her Wesley Dalmar caseworker.

“I’m very thankful for the ongoing support with Wesley Dalmar. For me, that consistency having a permanent family, that push for dependency and long-term care is definitely what made my experience.”

During her final year at school Chloe continued to seek advice from her former Wesley Dalmar caseworker about her career path. Chloe’s passion for caring for people has now led her on a path towards social work.

But it didn’t end there. While studying a Bachelor of Social Work at university, Chloe contacted Wesley Dalmar for support with a university assessment. Here Chloe was encouraged to apply for the Wesley Dalmar Scholarship, which helps a young person whose been supported by Wesley Dalmar to study a university degree. So Chloe did and was successful.

Thankful for the scholarship, Chloe has now finished her degree and is on her way to pursuing a career to become a counsellor to support young people.

“I think my nature is I care about people in general and if I can make any sort of impact on a person, that’s important to me,” she says.

While Chloe is working towards her dream career, she’s already taken important steps by putting her degree to work. Working for Disability Services Australia in employment support, Chloe says her passion for caring for people stems from her own experience in foster care.

“I definitely think my connection and my experience with being in foster care and knowing that is the role that social workers can be involved in, has definitely driven that. Whether I end up working in case management or out-of-home care, it’s still definitely driven me,” Chloe explains.

Having a positive foster care experience has shaped who Chloe is today. Chloe says she’s grateful to have parents who’ve always encouraged her to purse her passions throughout her whole life.

“I’m very grateful that my parents are people that just put myself and my brother first. I’m just so lucky that I have such giving and beautiful parents.”