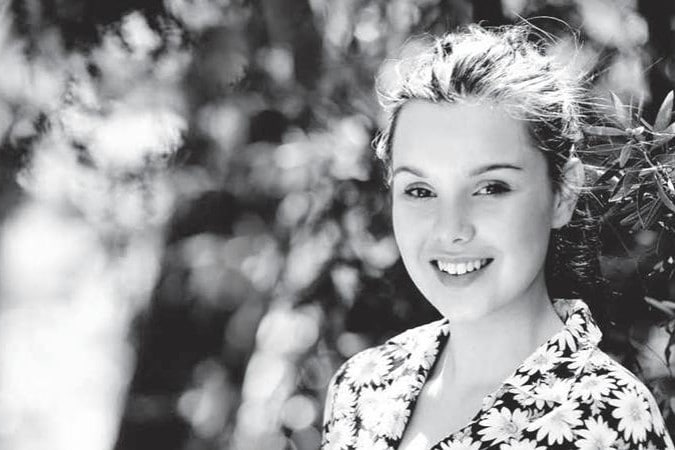 Like Alice in Wonderland, Emily has had the experience of entering a whole new world. Emily didn’t fall down a rabbit hole like Alice. The catalyst for the 17-year-old high school student from Westmead in Sydney was meeting her mentor, Shirley*, several years ago.

Among other things, Shirley introduced me to a world of culture and learning that I’d never been exposed to,” Emily said. “We went to the Opera House several times, the ballet, theatre, movies, art galleries, the Botanic Gardens, museums and cafes. We went to the zoo, the aquarium, had ferry rides on the Harbour, we even had a little holiday in the Blue Mountains.

I loved hearing about her travels and learning about classical music. We also enjoyed doing things like word puzzles and playing Scrabble together. “It was another reality because up till then a visit to the local library was a big outing for me.”

Emily was 12 when she met the then 61-year-old Shirley, who lives in Windsor. Emily had many things in common with the other children who are referred, usually by their parent/s, to the Wesley Aunties & Uncles mentoring program. She was the eldest of five children living with a single mum who was struggling to provide and care for them as well as cope with her own emotional problems. Emily’s dad was around sometimes. Several of her siblings had disabilities and relied heavily on their older sister for care and attention. Emily got little one on one attention herself, never went on holidays and had no-one to help her with schoolwork.

“I think mum saw the mentoring thing as a way to get a little respite from all us kids,” Emily said (several of her siblings are also involved in Wesley Aunties & Uncles. “I was a bit nervous about meeting Shirley but she came across as really nice and interested in me. I didn’t really register our age difference—she seemed a bit like a kind grandmother and in fact turned out to be the granny I’d never had.”

Since that first meeting, the pair have met at least once a month, apart from those times when ill-health or Shirley’s visits to her family overseas have intervened, and in that time they have got to know each other well.

Apart from her cultural education, Emily benefitted in many other ways. Shirley regularly advised her about her school work, showing her how to organise her time and studies and to stop procrastinating. Emily also plans to heed Shirley’s advice about taking a gap year before applying to join the army (Emily wants to be a combat soldier!). “Shirley also taught me to trust adults again,” Emily said. “When she said she would take me somewhere or be somewhere at a certain time, it always happened. With my dad, sometimes it did and sometimes it didn’t.”

Like so many other mentors, Shirley herself had been taken under someone’s wing as a child and had benefitted immeasurably. “My childhood was quite difficult and my aunt was actually more significant in my life than my mother, and so mentoring is my chance to do the same for someone else,” she said. Shirley has a busy social life centred on the arts, singing, travel and the University of the Third Age where, among other things, she teaches French. She also helps with a remedial reading program at the local primary school.

Shirley and the exceptionally bright Emily (who counts criminology among her many interests!) were a good match: “I’ve always been ‘out there’ doing so many things and I saw this lovely, smart girl who was being held back for lack of exposure to new experiences,” Shirley said. “She wasn’t disadvantaged in the sense of not having enough food on the table each day or going off the rails at school but through lack of stimulation and attention. “I saw that she had the potential to shine and I feel like I’ve been able to make a real difference in Emily’s life. She’s now into music (plays guitar and some piano), teaches herself languages, has learned to trust adults again, has grown in self-esteem and definitely seems to know where she is going. “I didn’t follow any rule book. The relationship and learning just happened naturally as we became good friends.”

Emily graduated from the Wesley Aunties & Uncles program when she turned 16. However, like many children in a mentoring relationship, she still stays in close touch with Shirley who is often on the phone or visiting Emily’s house where she also gets on very well with the teenager’s mum. “She’s really just part of the family now. We catch up about once a month on weekends,” Emily said. Shirley recently took Emily to Canberra to further investigate the opportunities for study at the Australian Defence Force Academy at Duntroon.

At some point Emily wants to be a mentor herself.

“It’s helped me so much having Shirley and I’d like to do something for another kid,” she said. “If there’s anyone reading this who has the chance to be mentored, then I urge them to grab the opportunity. If you come from a difficult home, it can really give you some stability in your life.”

*Not her real name.