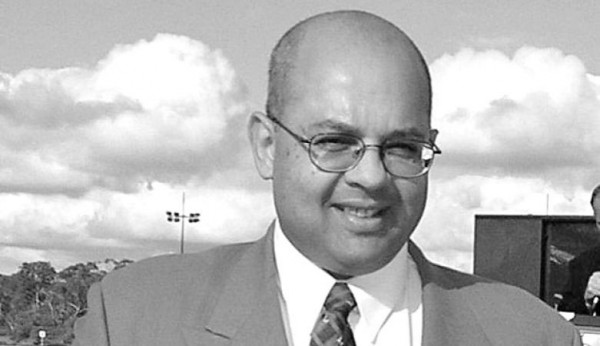 In 1987, Fazal Cader was working as a commodity trader in Sydney. Mr Cader was successful in the field he had chosen and was living a comfortable life without a great deal of stress. That was until ‘Black Monday’ hit. Black Monday is the name given to Monday 19 October 1987 when the Dow Jones Industrial Average dropped by 508 points (22.6%) and when similar enormous drops occurred across the world. The Black Monday decline was the largest one day percentage decline in stock market history.

Many people like Fazal lost all they had on that day. Fazal was forced to sell everything he owned in an attempt to pay back his massive debt. When this did not work, Fazal resulted to drastic measures including going without food to save money. Soon Fazal could not keep up. He remembered walking past Wesley Mission on Pitt Street everyday on the way to work and recalls an ad about Wesley Mission providing services for those in need.

Fazal went inside Wesley Mission that night and spoke with someone. Although he cannot remember the name of the person who invited him inside his office, he will be forever thankful for his actions. The unnamed Wesley Mission employee talked Fazal through his difficulties and showed him a different side to the drama. He advised Fazal to not jeopardise his health in trying to pay back his debts, saying that starving yourself was not a smart approach to reaching your goal. He then proceeded to call all of the debt collectors that were chasing money from Fazal. He asked them to give Fazal a bit of space and indicated they would get their money in due time. Amazingly it worked, the debt collectors gave Fazal some time to recover and he was able to get back on his feet.

Fazal now owns his own business. Thanks to hard work and the support of Wesley Mission Fazal is now in a secure financial position. “Wesley Mission helped me a long time ago … I have never forgotten.”