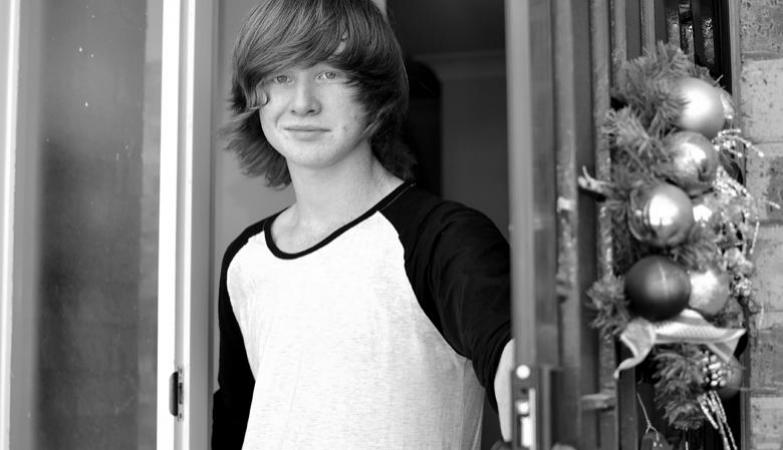 It was a few weeks out from Christmas when a parcel arrived in the mail. Sadly, Haydn’s package wasn’t anything to get excited about. Fumbling open the box, Haydn’s face sank. The parcel contained nothing but photos—Haydn’s baby photos. After Haydn’s parents separated his father moved to Queensland. He’d sent gifts in the past but this wasn’t a Christmas present, it was severance.

At the tender age of five, Haydn’s world was turned upside down. Making matters worse, Haydn’s mum Kylie, started to experience depression. Unable to cope with getting out bed some days, it was Haydn who missed out. Thankfully, Kylie they found new hope in Michael. Kylie’s relationship with Michael also gave Haydn another opportunity at a male role model. Michael was a true blessing to not only Kylie, but Haydn too. Not only was he fun to be around, but he treated Haydn like he was his very own son. The family was complete. Then, the unthinkable happened again.

Just days after Haydn turned 15, Michael and Kylie separated, and, in a scene that would haunt Haydn for years, Michael—like Haydn’s biological father before him—said that he too no longer considered Haydn his son. The pain of his childhood returned and Haydn spiralled out of control. Struggling to deal with the anger and pain he felt, his school grades began to drop and he even started getting into fights, being suspended from school several times. Once again, Haydn had no one to turn to. Worse still, Kylie’s depression had become so bad she’d begun to rely on Haydn as her main confidant.

With her family on the brink of breaking apart, Kylie was strongly urged by a friend to approach Wesley Mission for help. Within a matter of days, Wesley Mission was able to provide Kylie with a caseworker through Wesley Family. The case worker, June, began working closely with Kylie to help re-establish routine and stability in the household. As for Haydn, June could see that without real intervention, the course of the boy’s life would not be a happy one. June found a young male counsellor who Haydn—now a lonely, angry teen—could connect with. Although it had come late, Haydn was finally getting the support he had always needed.

For Haydn, the breakthrough came when Wesley Mission matched him with a young male counsellor, someone he could relate to. As the burden of looking after his mother was lifted, Haydn began to enjoy childhood again. His grades at school improved, and he even found a part-time job at a restaurant. Better still, Haydn now looks forward to spending Christmas with his family.