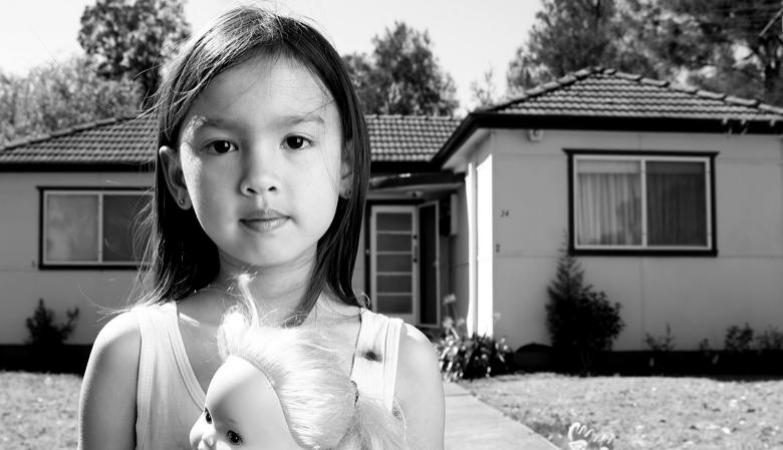 Eight children squashed around a small table singing happy birthday. But Katie, the now five year old, was anything but happy. The relationship between Katie’s mum and dad was falling apart. And with so much time absorbed by fighting, it’s the kids who missed out.

“We needed help with everything from clothes to school fees. I was even struggling to feed my kids each day” Katie’s mum, Lyndall remembers how hard times were.

Wesley Mission’s ‘community hubs’ play a large role in providing all year round care. The hubs group a number of services together to provide a one-stop–shop for families in need. They also work closely with other community and welfare organisations, local business and schools. In fact, Wesley Mission’s Westlake community hub is located in a school.

Lyndall, a mother of eight, was well known at this school. After hearing about her relationship breakdown, Wesley Mission caseworker Cathy asked Lyndall a simple question. “How are you going?” The tears in Lyndall’s eyes were answer enough. Cathy could tell Lyndall wasn’t being supported so invited her along to a playgroup. An invitation Lyndall gladly accepted.

“A simple concept really; we played games, did arts and craft, and sang songs.” Lyndall remembers like it was yesterday, “Katie’s favourite was dress ups.” Playgroups provide support to mothers and children all year round.

Unfortunately, due to a lack of funding, Lyndall’s playgroup was going to be closed—until Cathy had an idea. “The mothers get too much from this group to let it stop.” Cathy said. “I could see that as a very experienced mother, Lyndall was already acting as a leader in the group. So I asked if she could run it.” At first she said no but under Lyndall’s leadership, the playgroup grew from five to 15 kids. Lyndall was able to reach out to other struggling mothers in the area and share her wisdom.

Lyndall came to Wesley Mission an isolated unknown mother of eight, the sole parent in a struggling family. Today, she is a legend in the community and a source of wisdom for so many other young mums.