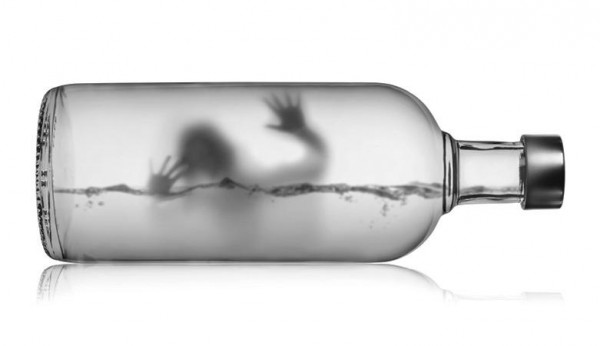 Natalie is a bright-eyed Gen Y woman, hopeful about the future and exuding energy. You would never guess that only a few years ago, she was drinking a litre of vodka straight every day, often blacking out. She was very manipulative and abusive towards her mother and sister, fracturing her family relationships. It was no surprise when she was charged with drink driving.

In the midst of it all, she somehow managed to turn things around. She seriously reconsidered her life after the drink driving charge—and when her mother started planning a funeral for Natalie. “She asked me if I wanted to be buried or cremated,” Natalie said. “She was that convinced I was going to die.” This question from her mother stopped her in her tracks and Natalie started to think seriously about where her drinking was leading.

She tried rehab a few times but it was the program at Wesley Hospital Ashfield that helped her find the strength in September 2011 to have her final drink. She said that the Wesley Hospital program was different from others in that staff put a lot of trust in her. This helped her build up the confidence she needed to believe she could stop drinking alcohol. “They would let us patients go by ourselves to Alcoholics Anonymous (AA) meetings outside the hospital,” she said. “At any time, I could have gone to a bottle shop. There were plenty around, but I didn’t want to betray the trust the staff had put in me.”

She never thinks, however, of the battle as totally won. “Your addiction never goes away,” she said with the insight born of suffering. “It’s just doing push-ups and waiting for you.”

Many of us are aware of the struggle involved with addiction even if we haven’t experienced it ourselves. Survivors who have shared their powerful stories give us a glimpse into the immensity of the individual struggle to overcome an addiction.

Highly publicised cases of fatal overdoses or memories of relatives who were never able to stop their drinking, remind us that the struggles are very often not successful. The question always remains: why do some people make it out of addiction while others do not? If ‘inner strength’ is the key, how can it be found? Or is there more to it?

Mark Stevens who heads up the drug and alcohol rehabilitation unit at Wesley Hospital Ashfield said people abused drugs to contain the pain in their lives. This has serious long term consequences. Mark said that addiction compromises people’s capacity to make healthy choices. “The drugs people are addicted to compromise all those chemicals in the brain that we need for connection, like dopamine and endorphins,” he said. “These are systems in the brain that help us connect with other people. They’re good for a sense of joy, love, connection and bonding.”

For Mark, it is hard to overstate the importance of that sense of connection. The fact that people continue to use the hospital’s after-care program years after checking out is proof.

“There are some people attending our after care group six years later, because of the friendships with other people in the group, the support they get from them and the strong connections they form with staff,” he said. According to Mark, this connection is very much the launch pad for people as they rebuild their lives; often facing tough questions physically, emotionally and spiritually. “This is where I see people come back to life … People re-enter their lives—that’s the resurrection you see.”

There’s no denying that in many rehab programs, as well as AA, the sense of having the guidance of a higher power is a critical component. “When people understand that there is something greater than them, it keeps them humble,” he said. “They start to soften and accept they don’t have to control everything. It’s a huge relief for them.” The story of Christ is an archetypal story for all men and women. Just as Christ surrendered himself to the cross, for all of us including people with an addiction, there is a surrendering to allow a transformation to take place. “Addiction is an external reach for inner peace. People realise they need to go inside and that’s where prayer and meditation come in. I like to think we provide the space for that at the hospital.”

If and when people do decide to seek help and approach the alcohol and drug rehabilitation programs such as at Wesley Hospital, they are often in despair and certainly at a crossroad in their lives. Mark said the program is made up of two elements; a physical detox as well as counselling. “At the hospital, we step into that very dark place, shine a light and say, ‘there’s a way out,’” he said. “We become the guides and let people know they are not worthless or hopeless.”