Neil and Jodie's story: Tipping over the edge 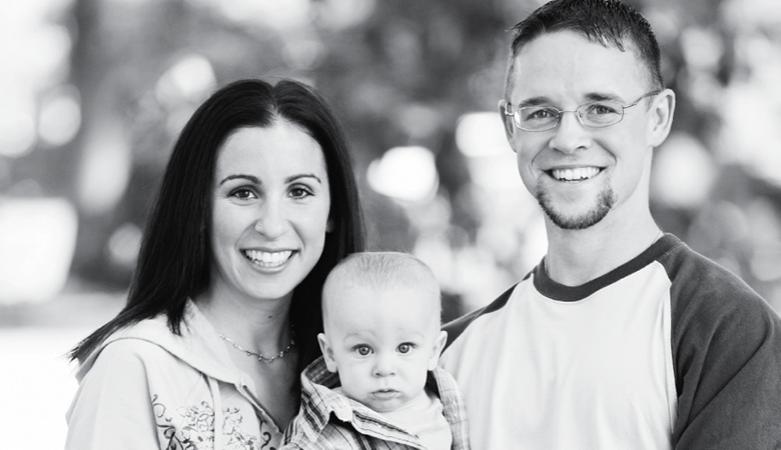 Job loss nearly tipped Neil and Jodie over the edge. Neil and Jodi seemed to be doing everything right. He had been working for 10 years in IT. She was a part-time legal secretary. They were steadily paying off their home in Mt Druitt and Jodi budgeted diligently.

But just before Christmas 2008 Neil was made redundant. He struggled to find a similar role and worked as a forklift driver until finding an IT job he was very over-qualified for. With two pay packets again, life stabilised for the young couple. Meanwhile, Jodi announced that she was pregnant with their second child and the couple celebrated. It was a short-lived celebration. Neil was again made redundant by his recession-hit company and given just one week’s notice. To add to their troubles, Jodi was sick during her pregnancy and couldn’t work.

“The first time I was made redundant, we had a bit of money around. The second time, we were really vulnerable,” Neil said. In February this year, the couple missed their first mortgage repayment. That’s when they turned to Wesley Mission financial counsellor Joanne Hunt. Joanne negotiated with their main bank for a six-month period in which Neil and Jodi only needed to make minimum monthly payments that they could afford on their income.

Through perseverance, Neil started to get casual IT work in April and work as a forklift driver. But Neil and Jodi are not out of hot water yet. In October, the arrangement with their main bank will cease and the couple need to return to making normal monthly repayments. In the meantime, they hang in there—“for the kids, definitely for the kids”.