Mark Armfield is known to his friends simply as, Pop. As he draws on another cigarette, you can tell that his time living on the streets have taken their toll. He said that this type of life was never something he intended.

‘The toughest thing is trying to work out how I got into this position,’ he said.

The 60 year old former truck driver and bouncer had a stroke 18 years ago which left him numb on one side of his body. He continues to suffer from seizures as a result. It made it difficult to work and this left him in a precarious financial position. 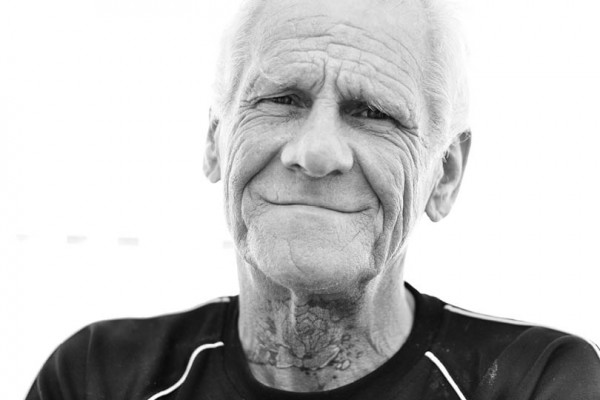 So began nine years of sleeping rough or living in shelters. Pop was on the Housing NSW waiting list for all of those years but was never given a place to live. He reflects back on the years on the streets with some pain.

At one stage, he was sleeping under a truck in Woolloomooloo and, like all rough sleepers, he was under constant threat of violence. He learnt not to trust or rely on anyone.

During those years, he stayed for three months at Wesley Edward Eagar Lodge crisis accommodation and that’s where he met Pastor Don Walker from Wesley Congregational Life.

At Wesley Edward Eagar Lodge, Pop found some stability and a place where he was valued. It was a place he could turn to in the long years of struggle. It was there that he started a friendship with Don that has lasted from that first meeting.

Pop said Don has been someone he can talk things through with and they still catch up.

“I’d swear on a stack of Bibles for this bloke,” he said. “I’d trust him with my life.”

For someone who has experience the insecurity of the street, there is no higher praise. Being there for people in their darkest times is one of the many ways Wesley Mission helps those in need.