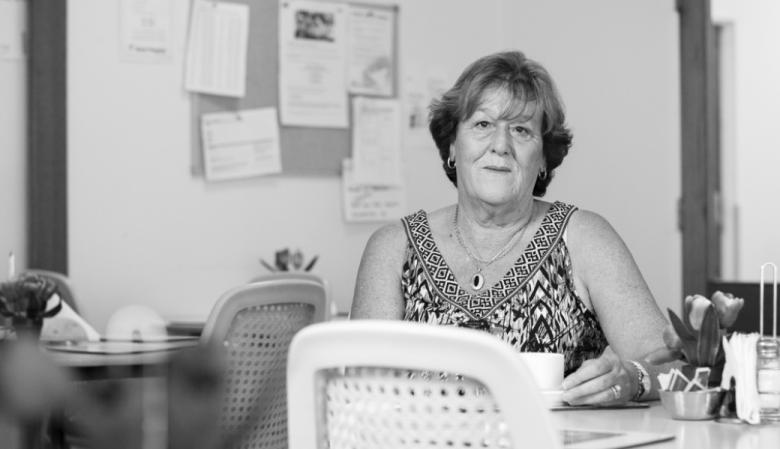 Tina was in her thirties when she went from being a social drinker to drinking two bottles of wine a day, but the trigger for her addiction occurred much earlier in her life. As a child, a casual family acquaintance sexually abused Tina over a number of weeks. She did everything she could to block out the memories, but the trauma left shadows in her mind.

After she married her husband Norm and had children, Tina began to have flashbacks of the childhood abuse and she started using alcohol to cope.

Tina overcame addiction and trauma. Tina’s story is not an uncommon one—different changes in life can trigger past traumas and it is then that many people seek solace in alcohol or drugs.

As her three children became young adults, Tina remembers becoming argumentative with them as she became progressively drunk during the evening. She said they would leave the house at 5 pm and only come back when she was asleep.

As bad as Tina’s drinking became she didn’t recognise it as a problem until she was in her mid-40s. She sought counsel from a psychologist for 10 years but the sessions did not help her resolve her trauma or drinking. It was only as Tina neared her 60s that a crisis brought the full nature of her problem home to her.

One Friday night, Tina was sitting with a glass of wine when she received an urgent call: her sister Karin had been rushed to hospital with a suspected heart attack. Tina had a few more drinks to ready herself to visit her sister but she was stopped in her tracks when Karin’s husband called back and asked her not to come, knowing she would be drunk.

“I realised if she had died from a heart attack in hospital, I would never have seen her again because I was too drunk,” Tina said.

On the following Monday, Tina went to her GP to ask about rehab and eventually booked into the rehabilitation program at Wesley Hospital Kogarah. She was terrified of going into the program but her husband Norm went with her on the first day, supporting her as he had always done.

During the program, Tina worked with therapists to understand and resolve the issues at the heart of her drinking. She learnt that she had Post Traumatic Stress Disorder (PTSD) because of the abuse and Wesley Hospital Kogarah clinical psychologist, Dr John Kearney, helped her understand the complexity of PTSD and its ongoing effects on her daily life.

Tina found Dr Kearney’s Trauma Focussed Cognitive Behaviour Therapy helpful in processing her painful traumatic memories. She came to realise that her life had not been ruined and that there was in fact much to live for.

During her seven week’s treatment, Tina’s family would visit and take her on drives and picnics. It encouraged her and gave her hope as she confronted her problems. Encouragement from hospital staff was also crucial to her recovery. “Everyone was so supportive, understanding and caring,” she said.

Tina is excited about becoming an imminent grandmother. She also knows how far she has progressed when her son and daughter-in-law presented her with a bassinet and a cot so that she could look after their baby.

“There are so many positives in my life since I stopped drinking,” she said. “Their gift was an inspiring sign of trust.”