Prior to the service, Mr Chen, alongside his wife Renee and their children Ian and Angelina, took up his new role and were welcomed by their new congregation at the start of February.

For the last 10 years, Mr Chen has worked as an Anglican minister, including seven years at St John’s Anglican Church in Parramatta and then three years at Cabramatta Anglican Church. 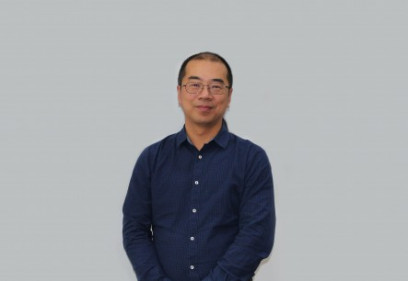 Mr Chen’s heart for practical mission was sparked when he was invited to speak at Wesley Chinese Congregation’s family camp two years ago.

“The past 10 years in the Anglican Church, my ministry became a routine. So I prayed to God for a possibility to explore the mission area. I think mission is God’s ultimate purpose. So I prayed and God opened this door,” he said.

Passionate about Wesley Mission’s Word and deed mission, Mr Chen is excited for new opportunities where his congregation can put their faith into action.

“We are part of a wider Wesley Mission – we have different congregations and different social services. So we’re looking for opportunities where we can serve across all our ministry areas.”