As Rachel walked out of her job interview, she was convinced she wouldn’t make the cut. Unable to work full-time, Rachel didn’t meet the job criteria. Once again, Rachel felt she was back where she started. So she stopped believing in herself.

Social anxiety has continually set Rachel back. Even with years of successful employment Rachel struggled to shake off her lack of confidence.

“When I first met her, she had a lot of social anxiety,” Ashleigh says, Wesley ParentsNext Employment Consultant. “She was even nervous about our appointments.” 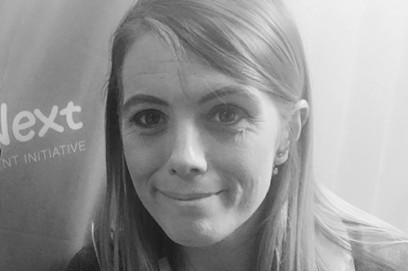 Wesley ParentsNext supports parents like Rachel who have young children, with achieving their education and employment goals.

A single mother of three under the age of six, Rachel’s career took a back seat while she focused on her children.

“She had a great background in her previous employment, but she was negative towards herself because she let that slip, in a way, and wasn’t confident to go back into the workforce,” Ashleigh says.

On paper Rachel initially didn’t appear to be someone who needed support. With plenty of education underneath her belt, Rachel’s resume was filled with years of successful employment.

“It was that confidence that was her biggest issue and that social anxiety,” Ashleigh explains.

“That was something I had to pick up on and help her with the best I could. I think that’s important to note – everyone is different and you’ve just got to figure out what people need.”

Feeling stuck, Rachel was unsure of how to restart her career and find an adaptable job to suit her children’s school schedules.

“She’s very intelligent, her experience was amazing, but she did not want to go back into the industry she came from. It just wasn’t flexible for her parenting,” Ashleigh says.

“She did want to pursue something but wasn’t sure what. So that’s why we linked her up with a community services course with Wesley Mission, which is much more suitable for a parent, because it’s more flexible,” Ashleigh explains.

Rachel’s children are her main priority. The course flexibility enabled Rachel to put them first, fitting her studies around dropping off and picking up her kids from school.

“She’s a wonderful mum. She has that mindset of wanting to be the best parent she can and create a better life for them,” Ashleigh says.

Each course session brought Rachel closer towards achieving her goal. She started coming out of her shell. And Rachel began to overcome her fears by slowly connecting with people at the course.

“At first it was definitely nerve-racking. Study is scary at the best of times. And then studying something a little bit outside the box is even scarier,” Ashleigh says.

“But as she started going through the course, she kept saying, ‘I love it. I’ve met so many wonderful people and I’m learning so much and I’m feeling positive about my future.’”

Towards the end of the course, Rachel found the courage to begin looking for a job.

“This course allowed her to get that confidence back and prove to herself that she can do something and be able to socialise because that was her biggest barrier. But by the end of it, she was just a completely different person,” Ashleigh says.

“Rachel started getting several calls, interviews and ‘bites’ as she would call them and she started feeling amazing,” Ashleigh explains.

Filled with more confidence than ever before, Rachel interviewed for her dream job working in the construction industry. While initially doubtful she would successfully land the role, it was Rachel’s confident honesty in the interview about her family’s situation which helped her secure the position.

“They actually called her and they wanted to work around her,” Ashleigh says. “I believe they tailored the role around her.”

“That day she called and told me she got the job, I don’t think I had ever heard her so happy. And when she popped into the office later that day, she was a different person. You could see it in her. She was very happy, very excited, very comfortable, very proud of herself, which was amazing.”

For Rachel, this job has opened a new positive chapter to her life – one that allows her to support her family without sacrificing quality time with them.

“She said was that it’s her dream job because she just works with people who understand her and she doesn’t feel like she has to compromise her children at all,” Ashleigh says.

Ashleigh says it’s been a joy to watch Rachel evolve into the confident woman she is today.

“To be honest, she could’ve done it without me, not a problem. She just needed that little bit of extra support. Someone she can turn to. That’s what she needed. So it means a lot to me to be able to be that person. It’s just the best feeling.”