Suddenly, out of a blue sky

The loss of Suzanne’s career saw her life spiral from confident breadwinner and homeowner to struggling to make ends meet and facing homelessness. Her story describes how the knock-on effect of personal and professional setbacks can have devastating, long-lasting repercussions.

Ansett Airlines was a household name with a 65-year tradition of providing service and excellence in air transportation. The company’s greatest boast was its motivated, highly skilled staff of 15,000 nationwide. In TV commercials it wasn’t just holiday destinations that Ansett promoted—it was the high calibre of its people. 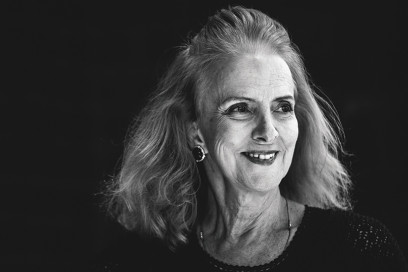 One of them was Suzanne. A former model turned flight attendant, it was Suzanne who welcomed passengers on-board a jet. She was the calm, reassuring presence that anyone who is nervous about flying prays for. But Suzanne’s life was about to be upended. On the morning of 14 September 2001, along with the rest of Ansett’s employees, she received notice that the airline had been grounded. What would later be revealed as one of Australia’s biggest corporate collapses left a swathe of human wreckage as thousands were thrown out of their jobs.

Suzanne remembers the trauma that her job loss brought into her marriage. “My husband was out of work and things got bad. I had my own home. I owned it outright. But because my husband had no money, we borrowed against it… and anyway the house got lost. We got divorced and I had to sell it for a pittance.”

In time, Suzanne and her ex-husband reconciled. Ironically, it was only after their divorce that she learned her husband had been living with an undiagnosed mental illness—bipolar disorder. “I didn’t know anything about bipolar. I didn’t know there was such a thing. If I had known, I wouldn’t have gotten divorced.” With his mental illness diagnosed, they remained friends and were together all the time. Tragedy struck on Christmas Day 2014 when Suzanne’s ex-husband had passed away.

As she grieved this significant loss, Suzanne had to face a new financial urgency, “I had to get out of my rental property. I didn’t know where I was going or what I was doing.” Then the echo of her job loss at Ansett came back with the loss of the vital part-time job she relied on. Without family or friends to call
on, the daunting Everest in life was finding next
week’s rent money. To clear her mind she would take her dog Siobhan for long walks around the neighbourhood streets.

One day, stopping before a church she’d passed many times before, she did something unexpected and walked inside. In conversation with a priest, she unburdened herself of her troubles. It was a catalyst for positive change. “He put me in touch with a lovely husband and wife and they were helpful. They’ve become like family,” Suzanne said. Then an old friend referred her to Wesley Community Housing, which helped her access transitional housing: secure, subsidised housing for people on low incomes.

Liesa, from Wesley Community Housing, explains, “People usually stay in transitional housing for six to 18 months. It gives them a stable, safe place to live while they work with us or other support providers to find longer-term housing that meets their needs.”

The Wesley Mission Therapeutic Support team also assisted Suzanne. She moved into a cosy one-bedroom apartment. It’s close to Suzanne’s church and her support network of friends and, perhaps most importantly, it’s in a building that allows pets. “We were lucky, because we don’t often have properties available in this building,” Liesa said. “And this one even has the little courtyard.”

Suzanne and Siobhan have lived in the flat for a year and, with Liesa’s assistance, Suzanne recently signed a lease for six more months.

It is, in Suzanne’s words, her “happy little home”, albeit a temporary one. Wesley Community Housing is in regular contact with Suzanne and working closely with her to plan the next move towards more permanent housing.

Suzanne said she did not think she was a person who would ever ask for help in life. But Wesley Mission listened and offered support. “I’m eternally grateful for all the lovely people within Wesley Mission I’ve dealt with,” she said. “Everyone has just been so kind and sweet and loving and offered a hand. They weren’t dismissive. They gave out love and care.”