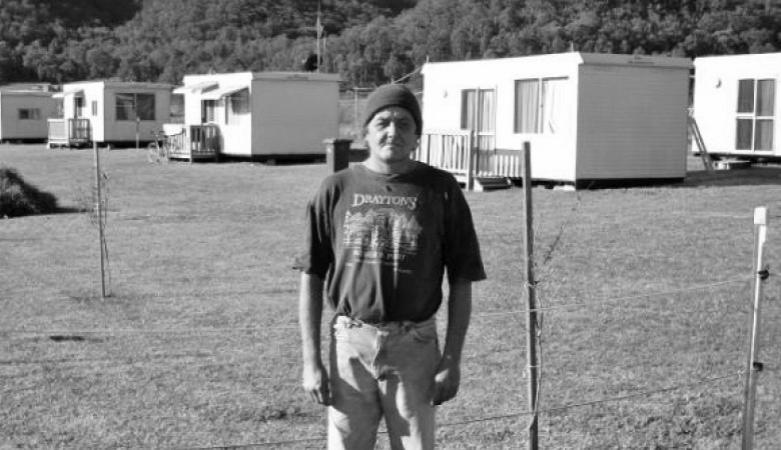 In 2007, Gerry had experienced a number of misfortunes. His mother, who he was very close to, passed away and this sent him spiralling into alcoholism. Shortly after that, Gerry’s house burnt to the ground and, as a result, he became homeless for some time and his use of alcohol further increased.

In October 2007, he entered rehab and in December, visited Wesley Employment & Training, affected by alcohol, homeless and without any prospect of getting a job. He was very dishevelled, had a long beard and long hair, and still prone to lapses with alcohol.

Gerry had been registered as unemployed for 14 years. Ros Bailey at Wesley Employment & Training and his former Consultant, Belinda Smith, got their heads together. With the help of Wesley Employment & Training’s Job Placement person Rochelle Boonstoppel, he was successfully marketed to an employer who operates his business at Broke which is at the back of the Hunter Valley towards Singleton.

Gerry was originally placed as a casual employee while the employer gauged Gerry’s ability. Gerry’s job was to clean out cabins that are leased out to vineyard and seasonal workers.

Gerry is now a very good success story. He has been sober since 2009. He is now the supervisor of the cabins, is a full time worker, has a home to live in and has a total new clean shaven appearance. He is like a new man.

Mark Hill, Site Manager of Wesley Employment & Training, went out to Broke recently with Rochelle Boonstoppel and spoke to Gerry’s employer, Barry McTaggart. Barry is over the moon with Gerry and describes him as indispensable and always asks “Have you got another Gerry?”

*Not his real name.