Jemimah can’t wait for Christmas morning. To see that joy on Arthur’s face as he runs towards the presents under the Christmas tree. This is the first Christmas Jemimah and son, Arthur will spend together as a family in their own home.

“I’m just so excited to sit by the Christmas tree, just him and I, watching a Christmas movie and making those little traditions together,” says Jemimah.

It’s been a year of firsts for Jemimah and Arthur: a new home, new study opportunities and new memories as a family.

At just 20, this young mum says her almost two-year-old son is the light of her life.

“I love having a little sidekick,” giggles Jemimah. “We just get each other,” she continues. “It’s beautiful. I can’t even put words to it.”

Life however didn’t always shine this bright for Jemimah. As a teenager, Jemimah struggled with self-doubt. At first she found identity in her relationship with Arthur’s father. 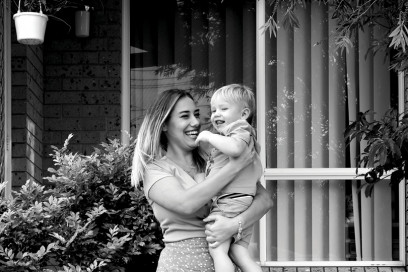 “I think he fulfilled all of those insecurities for most of the time,” she reflects.

Then the unexpected happened. Jemimah became pregnant. While she always planned to have a family, it began much earlier than intended.

“I’m thankful that I’ve had my son. If I could have waited a few more years, I would have. But I would not take anything back,” she says.

But again, the unexpected happened. Jemimah will never forget that moment when Arthur’s father threatened her life while she held Arthur tightly in her arms.

While no longer part of Arthur’s life, Jemimah still hopes that one day Arthur and his father can be reconciled and even spend Christmas together.

Jemimah now faced the challenge of raising Arthur alone. But little did she know God had their lives in His hands and was moving behind the scenes, working for their good. It’s something that she sees so clearly now.

Six months after Arthur was born, Jemimah received a call from Wesley ParentsNext–a program which helps parents achieve their education and employment goals. Unaware of the program, Jemimah had no idea of the amount of support she was about to receive.

“I went and saw Anita and she was just so beautiful. Anita’s always thinking of my needs and goes above and beyond in our time together,” she says. “She’s been there even through the tricky times with my son’s father.”

God brought Anita into Jemimah’s life, just at the right time. For Jemimah, Anita became the shoulder she could lean on and someone she could confide in.

“It’s so great to just know that there’s no judgement. She accepts everything and she gives great advice. It’s just a positive environment when I’m around her. There’s not tension. It’s just smiles.”

“She told me that any time I needed anything, to just ask,” explains Jemimah.

Anita then organised for Jemimah to study a Certificate III in Community Services at Wesley Vocational Institute. Again, God was moving in her life. Jemimah couldn’t believe how quickly everything fell into place. “It was literally the second time I saw her that she got me into the course.”

Giving up on her dream to have a career was never an option. So much so, it was her son who ignited a deeper passion inside of Jemimah to pursue a career to help people most in need.

“Without this little kid, I wouldn’t have the desire to be in the community services field as much as I do right now,” she says.

A six-month course, Wesley Vocational Institute was the perfect fit for this new mum. Still breastfeeding, the course gave Jemimah the flexibility she needed to balance her studies around her parenting duties. Now finished, Jemimah has set her sights higher.

After juggling studying all while caring for an active toddler, Jemimah says she feels more confident. A confidence she now knows comes from her deep-rooted faith in God. She’s ready to take on the world and she’s already begun.

Jemimah is currently completing ‘Preparing for Success’, a program which equips students for tertiary level study at Southern Cross University. She plans to apply to study a Bachelor of Social Welfare next year. Jemimah hopes to have a career working in foster care.

“The course has got her inspired,” says Anita. “I know she had these career aspirations, but she didn’t know how to make these goals happen. It was so lovely to facilitate this alongside her towards her long-term career goals, and I know she will do great things as she is such a caring and empathetic woman.” 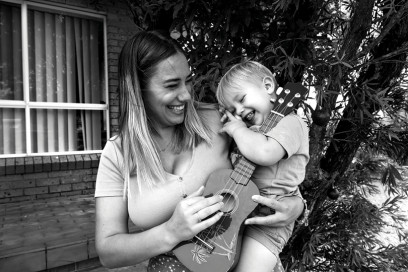 Wesley Youth Accommodation Outreach Worker, Nicole adds, “I think finishing her course gave her insight into what she wanted to do and where she wanted to work and she’s moving towards that.”

Without Anita’s support, Jemimah says she wouldn’t have known where to start.

“I probably still to this day wouldn’t have done the course if Anita hadn’t shared it with me. Wesley ParentsNext has totally changed my thinking and Anita has given me so many ideas of what to do next.”

Now set on a path towards her future, Jemimah is in awe of what God had done in her life. But God wasn’t finished yet. Living at home with her family, Jemimah’s family have been her central support since becoming a mum. 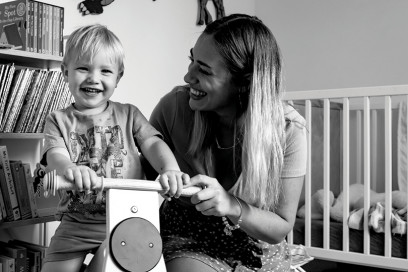 But since Jemimah arrived home from the hospital with Arthur, the house became overcrowded. Along with her parents, Jemimah and Arthur were sharing a space with her brother, sister-in-law and their four children in a four-bedroom house. Jemimah was ready to spread her wings but just didn’t know how.

Anita connected Jemimah with Nicole from Wesley Youth Accommodation who helped find a home just for Jemimah and Arthur. Nicole also secured brokerage funds so Jemimah could buy furniture for their home.

Jemimah now knows God’s hand has been over her life throughout this whole journey. Having no rental history, it was a miracle that Jemimah secured the first property she applied for.

“I’ve prayed through the whole process of moving out of home and even with the abuse from my son’s dad. It’s been God’s grace given to me that I’ve been able to have all these providers come to me and give me support. I definitely don’t think it’s just come out of nowhere. It’s definitely God’s love coming through by sending these great people to help me.”

It wasn’t easy stepping out on her own. But knowing she had the full support of Wesley Mission and God’s blessing upon her life, made it possible.

“It’s just nice to be independent and knowing you do have support around you. That if you ever have a bad week, I can talk to Anita and Nicole. They always ask how I am and I can just be honest with them,” says Jemimah.

“I’ve been given a beautiful home and they’ve helped me in times where I needed it. In just the little areas, even in helping me write my rental resume and knowing what referees I should use.”

Since July, Jemima and Arthur have been making memories as a family of two in their new Coffs Harbour home. And Arthur loves having his own room.

“Any time I have visitors, he runs to his room, goes to his bookshelf and he pulls out all his books to show people,” chuckles Jemimah.

“Having our own space, it’s really helped bonding with him and teaching him. He has become so independent and his wording has gotten so much better since being in this home.”

“We just understand each other’s needs. When I’m tired, it’s like he understands that I’m tired and he can do his own thing.”

Anita adds, “Jemimah is such a beautiful mother as I have witnessed her interactions with Arthur–they have an amazing bond. She is so focused on him at all times, he is her world and she lights up when he is with her from pride and love.”

For Jemimah, sharing her faith with Arthur is an important part of their bond. Together they read Christian Bible stories, and sometimes, Jemimah even sings the Bible stories to him. And on Sundays, Jemimah and Arthur attend their local Presbyterian Church.

“I haven’t always been a Christian but since becoming a mum, it’s made me look at God and go ‘wow’. He loves us so much more than I can love my son. I think that’s my favourite thing about being a mum–understanding God’s love so much more.”

Since becoming a Christian, Jemimah says she now believes in herself. And it’s not just Jemimah who knows it. Her family and Wesley Mission community have watched her grow into the independent woman she is today.

“I knew being a single mum and living out of home was going to be tricky. But being an independent mum, I’m showing him it’s possible, even if you are single, to care for and love your child,” says Jemimah. “It’s been great, just to have our one-on-one together in this home.” 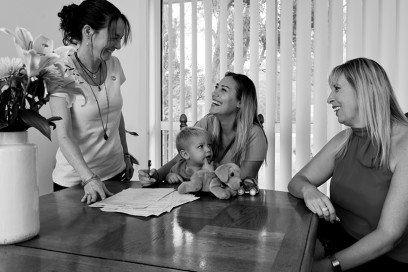 Anita adds, “Her confidence is growing. I think she always had that self-doubt because when you’ve been put down for as long as I suppose she would have been in a domestic violence relationship, it does mess with your confidence. She was always a beautiful girl, but I can see that she’s feeling that on the inside now.”

While Jemimah can’t wait to make Christmas traditions with her son, she’s most excited about sharing with him the true reason for the season–Jesus Christ.

“I want Arthur to learn that Christmas is not just about the presents and putting decorations on the Christmas tree. It’s more than that–that our Saviour, Jesus Christ was born on Christmas.”

Together we can bring hope

“I’m so privileged to work for an organisation where we have so many services under one umbrella that can help people so much,” says Anita.

Nicole adds, “Sometimes it takes just one referral to identify multiple areas a client needs support with. Often our clients don’t know how to access all the support that is available to them.”

In August 2018, we brought together two community services under one roof in Bowraville, along New South Wale’s Central Coast: Wesley Youth Accommodation and Wesley ParentsNext. These community services have been operating in the Coffs Harbour / Bellingen / Nambucca Valley area for over four years now and for two years in Bowraville. By joining together, our people, including Jemimah and Arthur, can access multiple Wesley Mission services to support all their needs.