In his early fifties, David was homeless and thought his life was over.

“My main reason for being homeless was debt,” David said. “I had a $5,000 loan I couldn’t repay. I was getting less work and hours because I was an older security guard. The younger guys came into the scene and took all the workload.”

An old friend paid for his accommodation in a hotel but when that ran its six-week course, he meandered down to the Bondi Pavilion with swag in hand.

“I had lived in Bondi for 10 or 12 years and the people were more friendly,” he said. 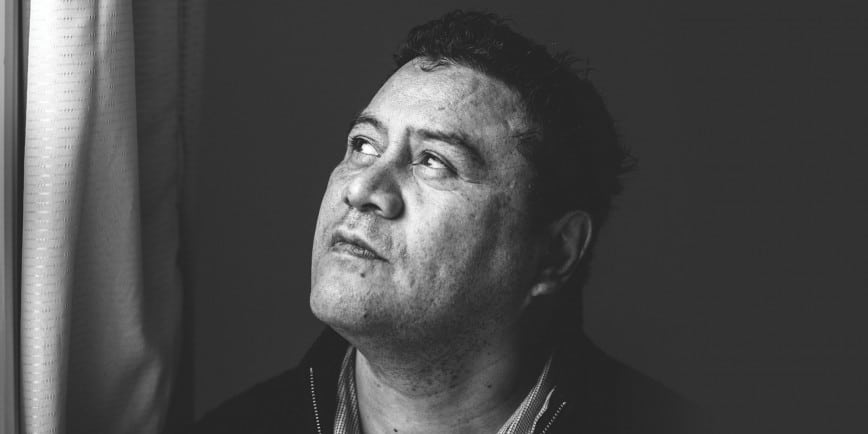 “They offered us transitional housing,” David said. “I didn’t know what they were talking about. On the coldest day of the year, I declared I was ready.”

“I grabbed my sleeping bag and swag and my fishing line and rod and ended up at Wesley Edward Eagar Centre. The room I had was warm… it was heaven!”

David received health and medical support, participated in Career Pathways training and got a part-time job. “It was my ticket out from the hole I had dug myself into,” he said.

He lived at Wesley Edward Eagar Centre for about a year before securing a unit in the city’s inner west with Wesley Community Housing. It’s here where he has been learning living and budgeting skills which are preparing him for independent living.

Part of his growth and support also comes from his continuing relationship with Wesley Edward Eagar Centre as he attends a Bible study run by its chaplain, Michael Tang, as well as the centre’s worship service.

David is looking forward to becoming a community worker or nurse and maybe even a husband and dad.

“We all want to be loved and wanted” said David, “Just like God who says he will never leave or forsake you.”