Mitch’s story: A battle against ice 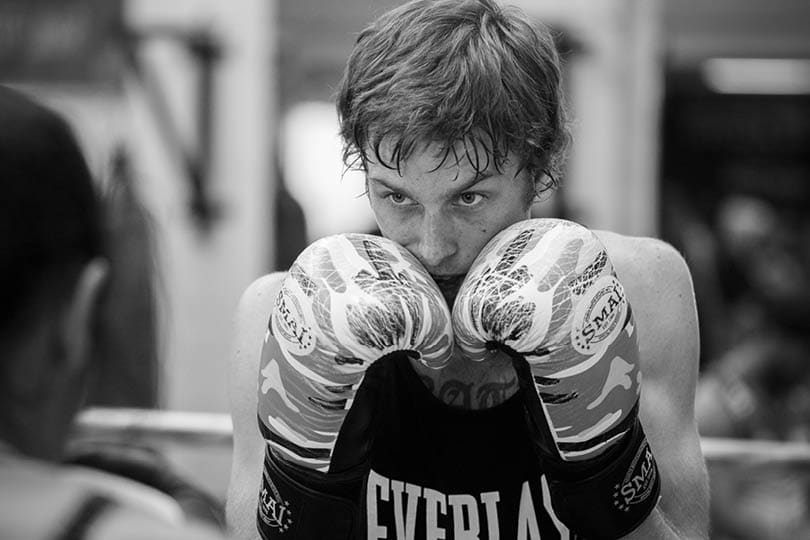 While in the midst of the addiction, he remembers trying to limit his behaviour, willing himself not to steal or hurt people. Despite the many contradictions and paradoxes in his life, the Christian faith was always present–even as a moral compass in the midst of despair.

In time, Mitch grew tired of looking at his incredibly gaunt self in the mirror and decided to try rehab. His initial attempt was unsuccessful but his family stood by him and encouraged him to try again–this time at Wesley Hospital Kogarah.

One of the health professionals who worked with Mitch was Dr Matthew Davies, consultant psychiatrist, Wesley Hospital Kogarah. Dr Davies said Mitch was diagnosed with Attention Deficit Hyperactivity Disorder (ADHD) and a phobia of people.

Mitch was determined to beat the addiction and throughout the rehabilitation he prayed for courage and resolve. He said a key benefit of the program was the group sessions with a therapist that taught him skills and ways of thinking that he still finds very useful.

Mitch also learned mindfulness, the practice of staying focused and in the moment during difficult situations. He said this was particularly helpful as he experienced the normal stresses of life without drugs propping him up.

At first, Mitch found group work at the hospital difficult because he was anxious about meeting new people but the hospital’s therapists and nurses put him at ease with their regular encouragement.

As the hold of ice eased, he began to feel a new sense of joy. Mitch is now part of the day patients’ program at the hospital, coming once a week for a day of group therapy and seminars. He meets with Dr Davies once a month and with a hospital psychologist much more frequently as he continues to resolve the deep-seated issues in his life.

When he arrived at the hospital Mitch could not even lift his arms above his head without feeling dizzy. Now he radiates physical agility and power.

Before Christmas 2015 Mitch won the gym’s Rookie of the Year award and accepted it to the cheers of his boxing peers. It was clear to everyone how far he had come. It was a great motivation to keep training for his first competition fight.

Mitch said his life now revolves around training at the gym and studying for his Certificate III in Fitness. “I’m thinking about becoming a professional boxer and maybe one day I’ll run my own boxing gym,” he said.

Mitch continues to pray and give thanks to God for helping him through rehabilitation. Currently he is not part of a church but prayer is ever present.