Sylvia’s story: I got music in me 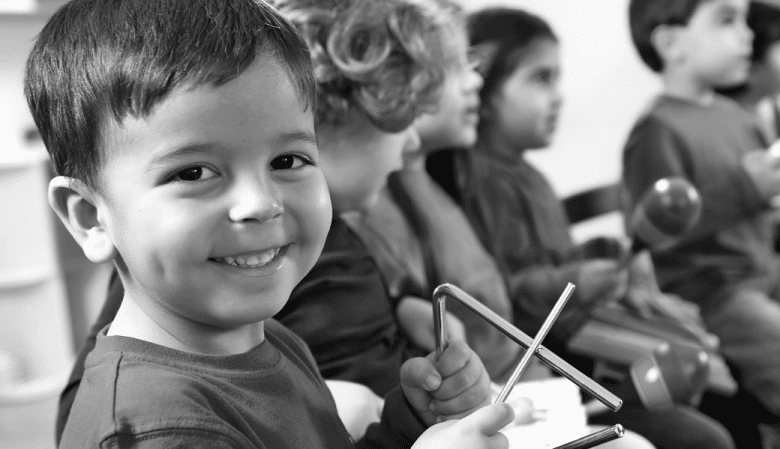 When Sylvia brought her two young children, Ben (three years old) and Johanna (nine months old) along to their first day of the Wesley Family Centre’s music playschool, the day did not get off to a good start. As soon as they stepped into the room, Ben started crying and refused to join the group. Then Johanna started crying and stressed Sylvia, she struggled to pacify them.

The centre staff helped Sylvia settle the children. She explained that they had just moved to the area from England and Ben was missing his grandfather who used to sing and play musical instruments with him.

Sylvia was hesitant to bring Ben back the next week, but the centre staff and music therapist convinced her to give it another try and told her to come as early as possible. So the next week they arrived early. This gave Ben time to settle and become familiar with the space and staff before everyone else arrived. He was a little reserved at first, but he bounced right into the activities after just a few minutes.

Ben hopped into the room with a big smile the following week and was very happy to be there. He took part in all the activities with great enthusiasm.

“By the end of the six weeks, Ben and Johanna were so very settled and Ben looks forward to music playschool,” Sylvia said.

She said music playgroup played a significant role in helping the whole family settle into the area, because both she and the children made connections with parents and children through the program.

Now, Ben has started playing with the musical instruments his grandfather gave him and Sylvia is convinced it is because of the great experiences he had at music playschool.