What happens when foster care ends?

Donate to Wesley Mission to offer hope for the future.

When Tamara turned 18, she became homeless and had no one to turn to.

Help us care for more young people like Tamara who leave foster care with no safe place to go or hope for the future.

Your donation can help put a young life back on track by paying for crisis accommodation or helping to cover tools and textbooks to help young people get qualified for employment. 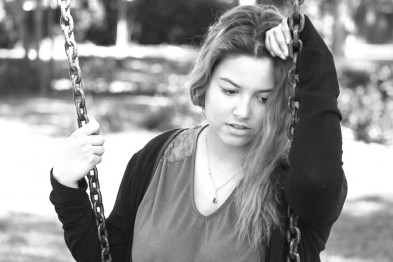 It’s often the day they lose everything.

Some people don’t get a cake or three cheers on their birthday. In fact, for people like Tamara they don’t get anything at all, worse still they have their home and security taken away from them because funding for foster care stops when children turn 18.

Tamara left her foster home with a sports bag of belongings and no idea of what tomorrow had in store for her.

For most of us, the care and guidance from family doesn’t stop on our 18th birthday. But without that support, good role models and a safe place to live, the numbers paint a terrible picture.

1 in 3 young people like Tamara are homeless within 12 months of leaving foster care because they just aren’t prepared to face adulthood alone.

In the next 12 months around 2,700 young people will leave foster care and too many young Australians are at risk of becoming a statistic rather than reaching their full potential.

The difference between where Tamara was and where she is now shows the impact we can make by creating a path of opportunity which gives people like Tamara the support they need to rebuild their life with hope and dignity.

Tamara had to leave her foster home just before she turned 18 and had nowhere to turn. For a while she stayed with friends and acquaintances but she often felt unsafe and she was nervous about the future.

Like so many young people leaving foster care, Tamara had no family to turn to for help. Thankfully, Tamara got in touch with Wesley Mission and became part of what was then a pilot program called Wesley Take Charge of Your Life.

The first priority was a safe place for Tamara to live, which meant sharing a flat with another girl with similar circumstances.

The stability of having to somewhere safe to live allowed Tamara to enrol at TAFE and she is well on her way to completing a Certificate III in early childhood education. 6 out 10 children in foster care don’t finish high school so training and education is a big part of the program’s success.

Tamara still meets with her caseworker to check that she has everything she needs. The ongoing support is critical, as knowing that someone is there for you just in case can be very comforting.

“Without Wesley Mission, I don’t think I’d have a home or much hope for the future,” Tamara said.

Your donation will have a lifelong impact because we know that by creating a path of opportunity we proactively avoid homelessness, anxiety, depression, marginalisation and long-term unemployment for young people leaving foster care.